KAmodLSM303C is a module with the MEMS LSM303C chip from STMicroelectronics. The chip has a digital signal output (I2C or SPI bus) and allows measurement of accelerations and magnetic field values in three axes. Thanks to the programmable interrupt generator outputs, it is possible to wake up the microcontroller after detecting free fall or object movement. The board is equipped with a Pmod I2C standard connector and a KAMAMI connector, allowing easy attachment of the module to development kits. Due to its small dimensions, the product can be used in many development projects, while the Pmod through connector allows the boards to be connected in series. 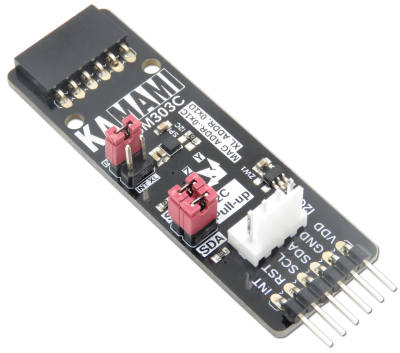 The KAmodLSM303C module is equipped with jumpers enabling the connection of pull-up resistors to the VCC power pole to the I2C bus line. The jumpers give the possibility of independent enabled of the pull-up for the SDA and SCL lines. 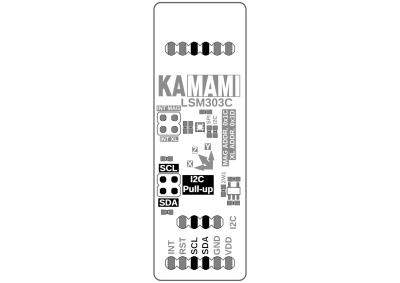 The KAmodLSM303C module is equipped with a jumper to connect the INT_XL or INT_MAG interrupt output line to the connector compatible with the Pmod standard. Thanks to the ability to disconnect the KAmodLSM303C interrupt line from the Pmod connectors, the user does not have to worry about the consequences of any conflicts arising from connecting modules compatible with Pmod with different logic states. 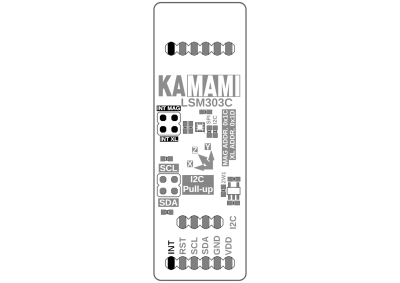 The KAmodLSM303C module has the option of choosing a communication bus between I2C and SPI. The selection of the active bus is done by soldering the jumper in the right place in the form of a 0R resistor on the board. By default, the module is configured for communication via the I2C bus. 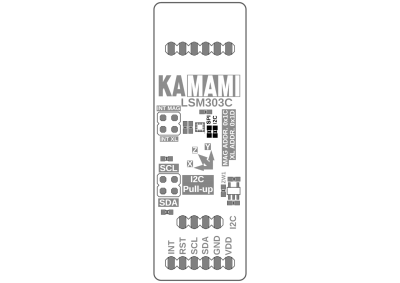 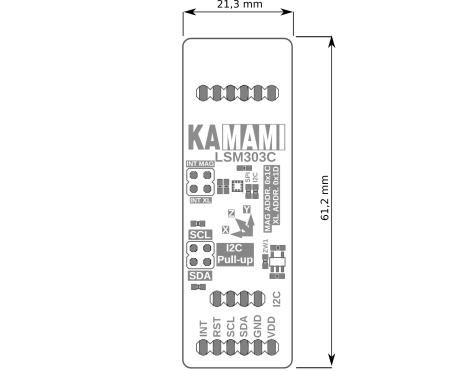