KAmodM41T82 is a module with with the STMicroelectronics M41T82 RTC clock. The board is equipped with a Pmod I2C standard connector and a KAMAMI connector, that allows easy connection of the module to the evaluation kits. Due to its small dimensions, the product can be used in many development projects, while the Pmod loop connector allows to connect the boards in the series. 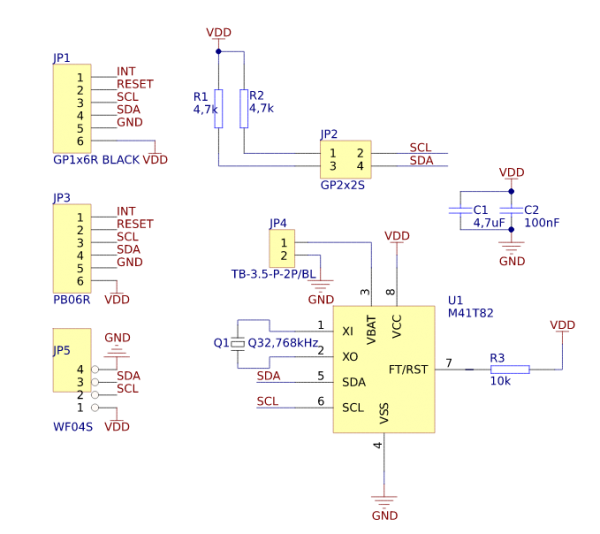 The KAmodMMA8653FC module is equipped with jumpers allowing to connect pull-up resistors to the positive power pole to the I2C bus line. The jumpers give the possibility of independent enabled of the pull-up for the SDA and SCL lines.

The KAmodM41T82 module has been equipped with a connector enabling the connection of a battery supporting the power supply in the event of a main power failure. Thanks to this, the module will not lose data regarding the time measured and will allow for uninterrupted work. A battery with a voltage between 2-5,5V may be connected to the connector.