KAmodMMA8653FC is a module with the NXP MMA8653FC triaxial accelerometer. The board is equipped with a Pmod I2C standard connector and a KAMAMI connector, that allows easy connection of the module to the evaluation kits. Due to its small dimensions, the product can be used in many development projects, while the Pmod loop connector allows to connect the boards in the series. 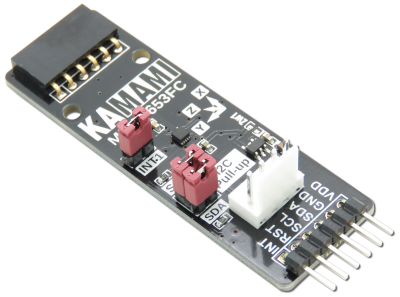 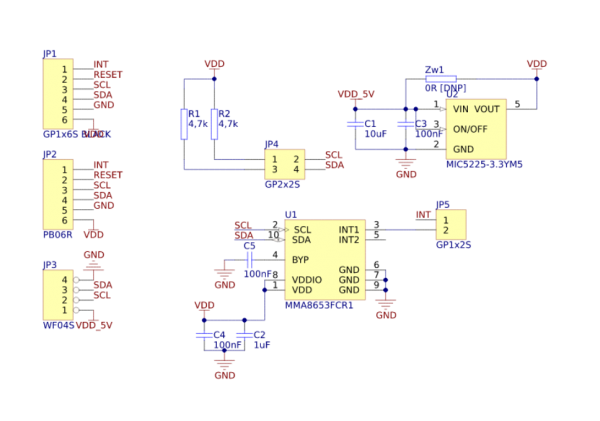 The KAmodMMA8653FC module is equipped with jumpers allowing to connect pull-up resistors to the positive power pole to the I2C bus line. The jumpers give the possibility of independent enabled of the pull-up for the SDA and SCL lines.

The KAmodMMA8653FC module has been equipped with a jumper enabling connection of the INT1 interrupt output line to the Pmod compatible connector. Thanks to the possibility of disconnecting the MMA8653FC interrupt line from Pmod connectors, the user does not have to worry about the consequences of possible conflicts resulting from the connection of Pmod-compatible module modules with different logic states. 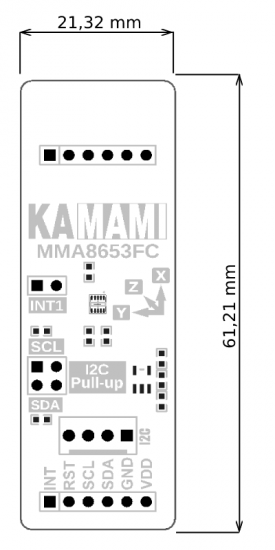