KAmodPCAL6408 is a module with the PCAL6408A chip from NXP. The module has 8 programmable inputs / outputs and is controlled by the I2C bus. Thanks to the programmable outputs of the interrupt generator, it is possible, for example, to wake up the microcontroller after detecting a change in the input state. The board is equipped with a standard Pmod connector and a KAMAMI connector, allowing for easy attachment of the module to development kits. Thanks to its small dimensions, the product can be used in many development projects, while the Pmod straight-through connector allows you to connect boards in rows. 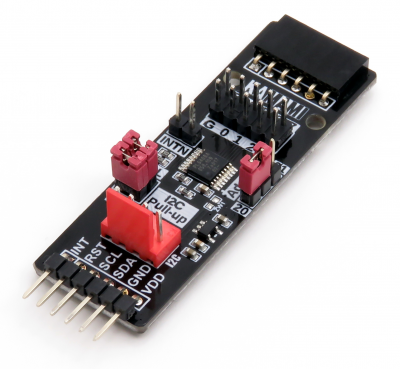 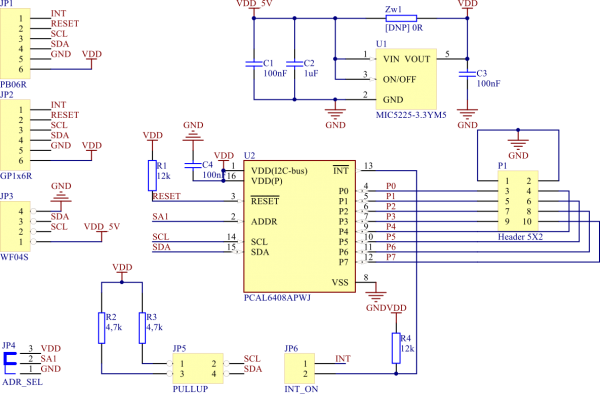 The KAmodPCAL6408 module is equipped with jumpers that allow to connect the pull-up resistors to the positive power supply pole to the I2C bus line. Jumpers make it possible to independently turn on the pull-up for SDA and SCL lines.

The KAmodPCAL6408 module is equipped with a jumper that allows you to change the address of the I2C bus. The jumper enables the address to be switched between 0x20 and 0x21.

The KAmodPCAL6408 module has a jumper that allows the module to be powered with the voltage supplied to the KAMAMI connector, omitting the 3.3V stabilizer. To configure the module this way the ZW1 jumper located next to the stabilizer should be soldered.