The dipPLD modules are designed to helps using of Spartan 3 FPGA devices by people that can’t use automatic assembly of QFP packages. 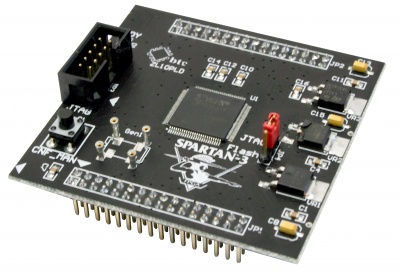 Electrical schematic of ZL10PLD is shown in the below picture. 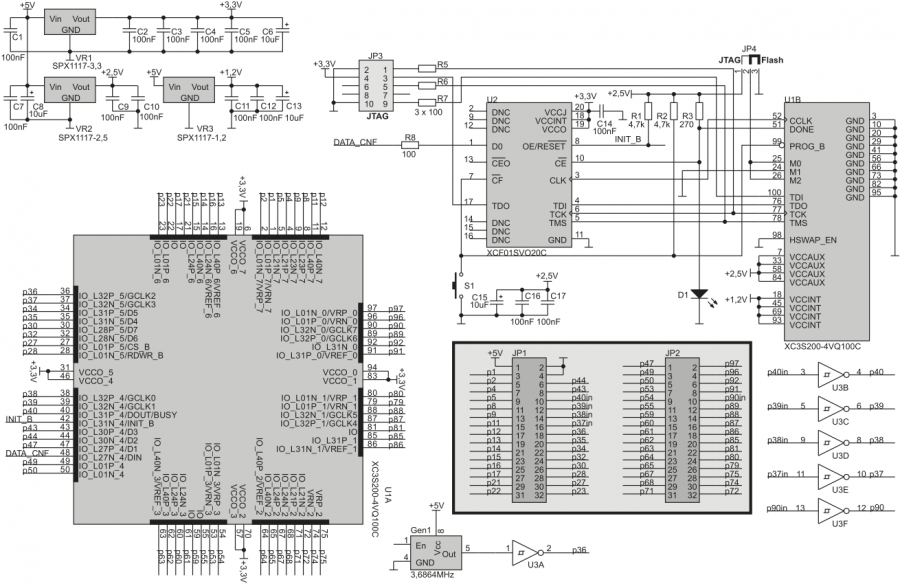 Arrangement of the most important module 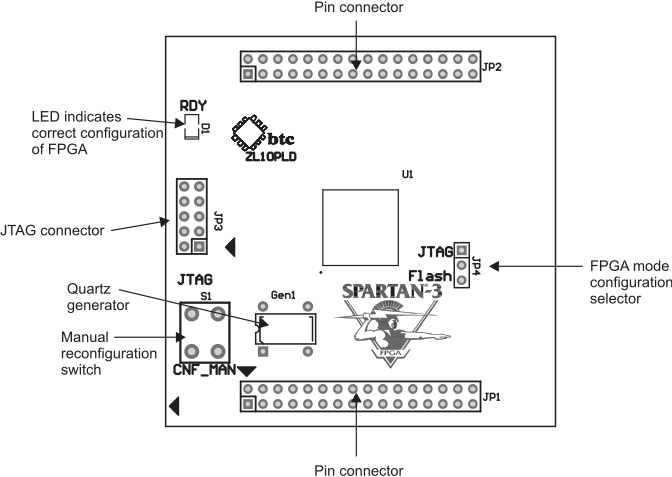 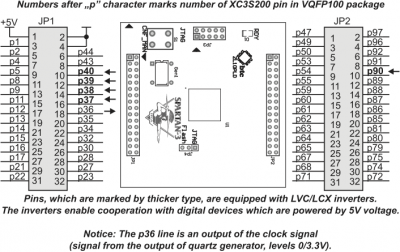 ZL10PLD module is equipped with IDC connector, for connecting ISP programmer (for example: ZL11PRG, ZL11PRG-M, ZL4PRG). Placement of this connector on the board and signals arrangement are shown in the below pictures. 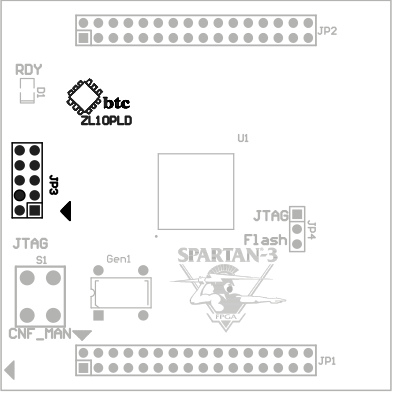 FPGA device and configuration memory (Flash memory U2) are connected to a JTAG chain, as in the below picture. This connection enables independent Flash memory programming and configuring of FPGA device with the use of programmer which is in accordance with Xilinx DLC III programmer (for example: ZL11PRG, ZL4PRG). 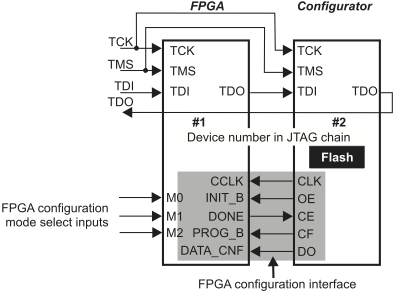 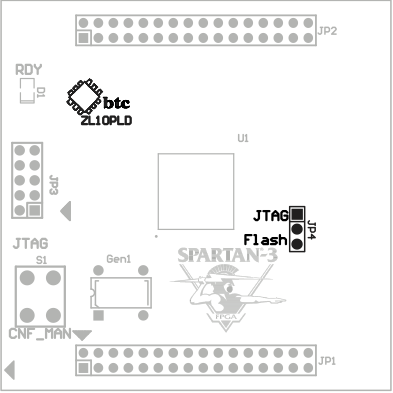 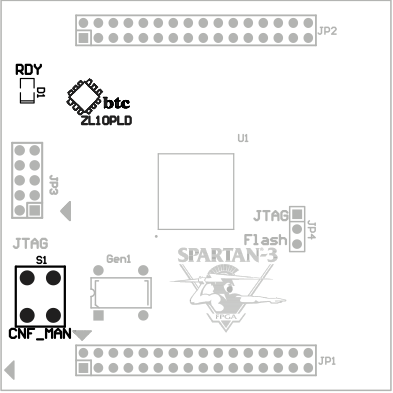 ZL10 PLD is equipped with quartz generator with 3.6864MHz output frequency and 5V power supply voltage. Thanks owing to the fact that the quartz generator is placed in the socket, the user can exchange it for any other, useful in application testing. 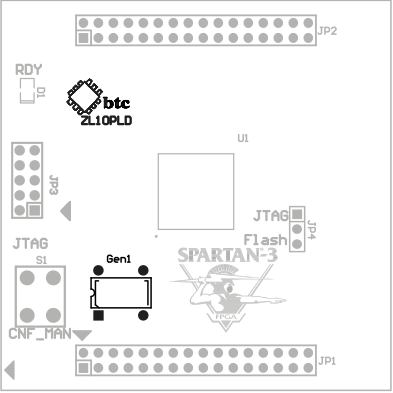 ZL9PLD base board peripherals connection