ZL33PRG is a debugger programmer with a USB connector that supports the SWD (Serial Wire Debug) programming interface. ZL33PRG is based on CMSIS-DAP (Coresight Debug Access Port), which is a standard that allows programming and debugging microcontrollers with ARM Cortex core via a USB interface. 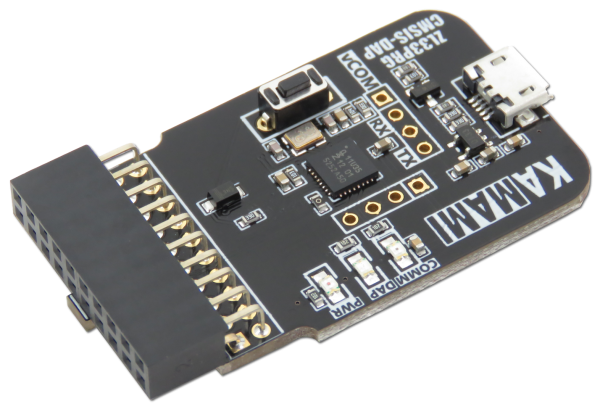 CMSIS-DAP is a standard that provides a way to access programming and debugging of the ARM Cortex microcontroller via USB. CMSIS-DAP is usually implemented as a embedded chip that provides a direct USB connection and a debugger development kit running on a computer on one side and via SWD (Serial Wire Debug) to the target device. The use of the CMSIS-DAP standard in the ZL33PRG significantly speeds up the debugging process and the installation process, because the USB connection uses the HID driver class, which is built into every operating system. The device can work with free and evaluation versions of IDE utility programs, such as Keil MDK, IAR Workbench etc.

The ZL33PRG interface works with a PC via a USB connection. SWD signals for programming and debugging microcontrollers are led to the IDC20 connector. They are arranged in accordance with the JTAG industry standard for a 20-pin connector (see the figure below), so the programmer can be used with any set equipped with an ARM core microcontroller and equipped with an IDC20 JTAG connector. 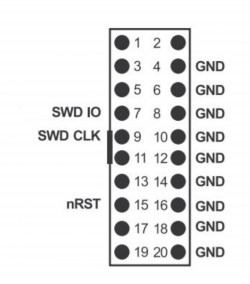 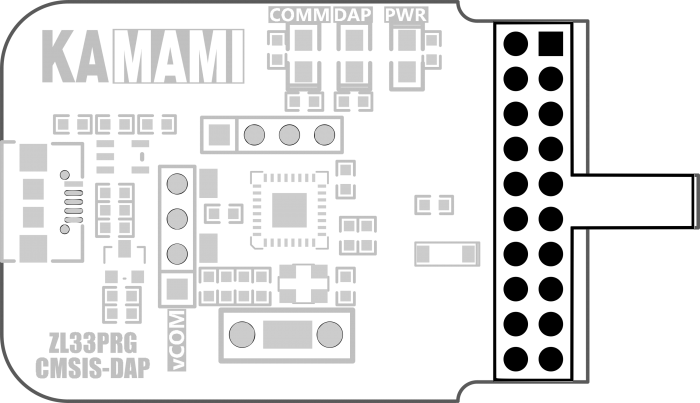 Connecting UART to the programmer

The programmer has the function of a virtual serial port. RxD and TxD signals are available on the vCOM connector as shown in the picture below. The holes on the back of the plate allow soldering of the goldpin strip. Linux and Mac OS do not require any drivers, a version of Windows earlier than Windows 10 will require a serial port driver. 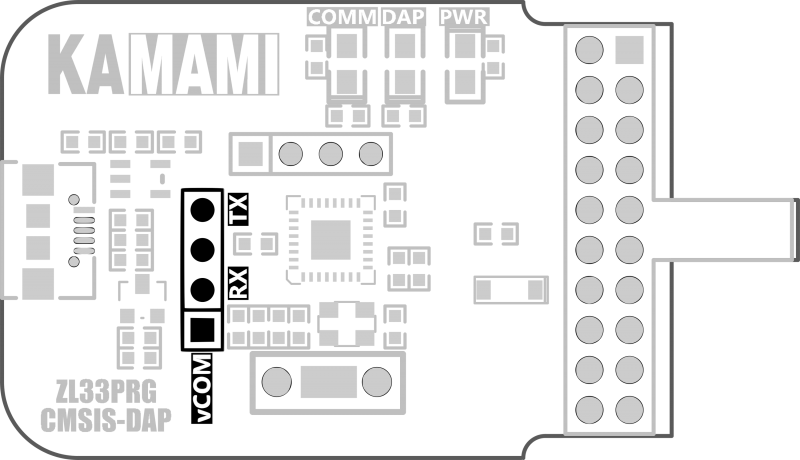 The programmer is equipped with the MSC function, which enables programming of the system using the drag-and-drop method. ZL33PRG appears on the host computer as a USB drive. Program files in binary (.bin) or hexadecimal (.hex) format can be copied to a USB drive, which then programs them in the target system's memory.

You can update the ZL33PRG software. To upload/update the device firmware: 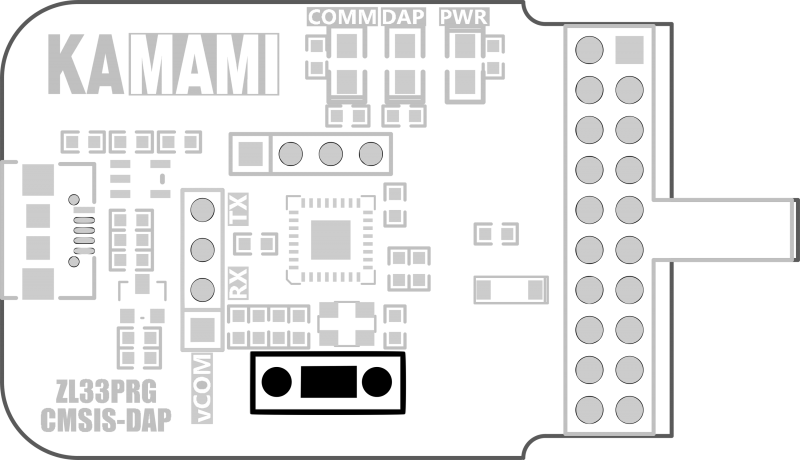