KA-Nucleo-UniExp is a multifunctional expander (shield) for NUCLEO and Arduino boards. It is equipped with Bluetooth 2.0+EDR interface (HC-05), MEMS 3DoF LIS35, LED-RGB, joystick and analog temperature sensor STLM20, which was developed and produced by KAMAMI company. 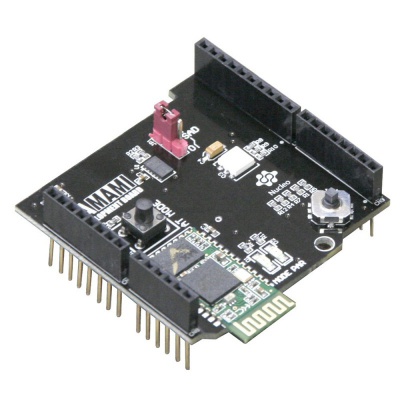 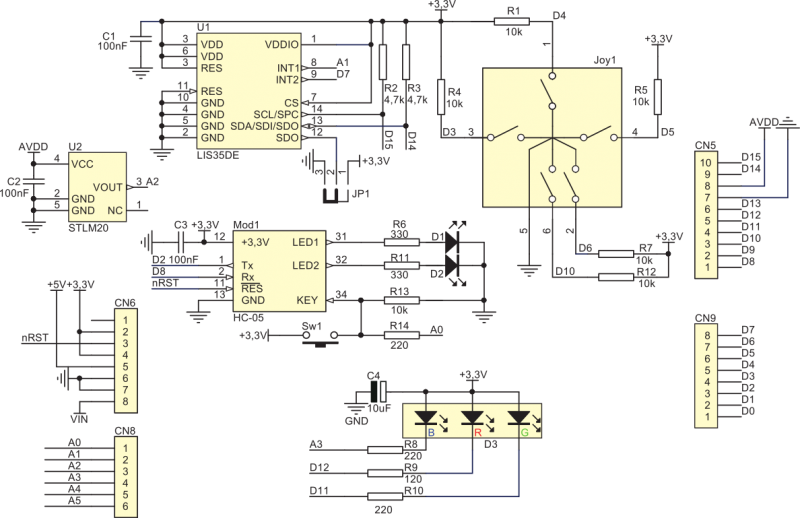 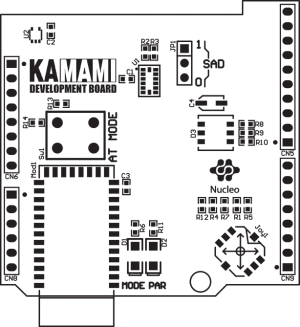 In expander was applied a semiconductor temperature sensor STLM20 with analog output. Output voltage level is changing according to the equation:

Measured temperature has then value:

Output of temperature sensor is connected to A2 line, which is used as input canal of ADC_IN4 (GPIO PA4 pin in STM32). 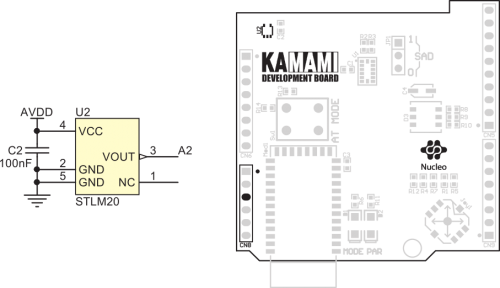 In expander was applied Bluetooth HC-05 module. It communicates with microcontroller via UART interface (UART1 in STM32). How it is connected to microcontroller STM32, was presented in table below.

Micro switch Sw1 is used for module work mode switching, including entering in AT mode. Recommended method of switching module in AT mode is to push and hold Sw1 before power supply enabled (interface UART works therefore with speed 38400 b/s). Module signalizes entering in this mode by LED D1 blinking with frequency 1 Hz. High state on KEY output of module can be forced from microcontroller program (PA0/A0). If LED D1 is blinking with frequency 2 Hz, that means waiting for pairing or completing of pairing process. Ending of pairing process is additional signalized by enabled LED D2.

Expander is equipped with MEMS 3D accelerometer (LIS35DE). It use for communication with microcontroller I2C interface (I2C1 canal in STM32). How it is connected to microcontroller STM32, was presented in table below.

Accelerometer used in set has basic address on I2C bus: 001110xb. „x” symbol means „0” or „1” depending on the JP1 jumper position. Communication lines of I2C interface was pulled up to power supply by using by 4,7 kΩ resistors.

On-board LED-RGB are controlled direct with GPIO pins of microcontroller (according to table below). Diodes are on, if state of control line has logical state „0”. 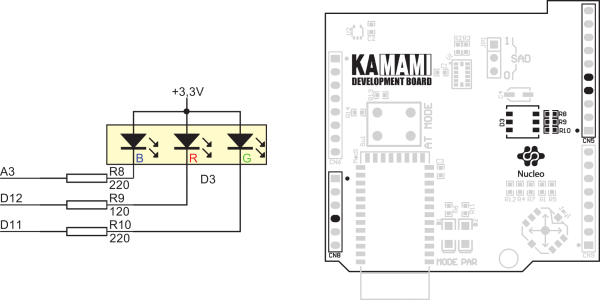 Embedded 5-way tact switch is connected direct to GPIO pins of microcontroller (according to table below). Each of pins are pulled up to power supply by using 10 kΩ resistor. 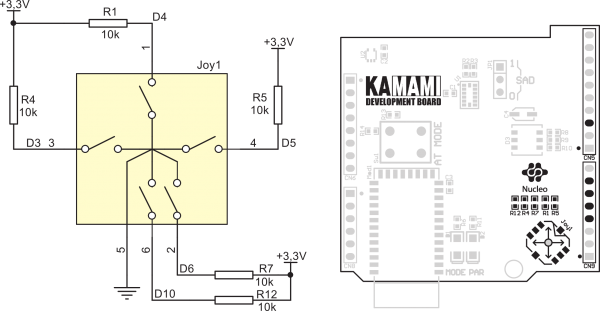 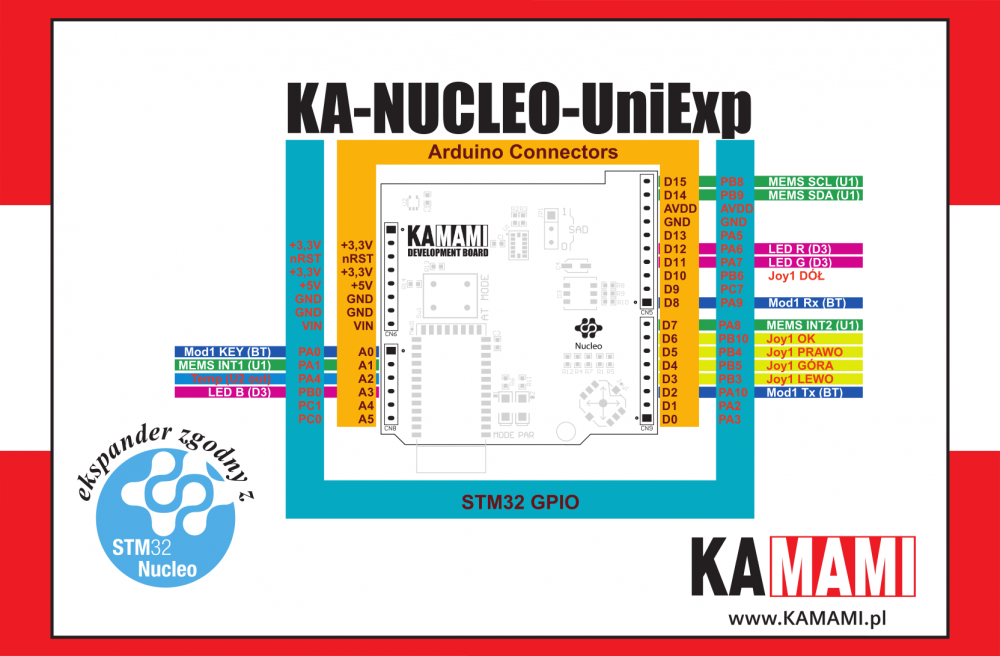