Difference between revisions of "KAmodRS485"

KAmodRS485-3V3 and KAmodRS485-5V0 are modules with the ST485 / MAX485 chip, allowing the conversion of the UART bus to RS485. The board is equipped with a standard Pmod UART connector, allowing for easy connection of the module to development kits. Thanks to its small dimensions, the product can be used in many development projects. 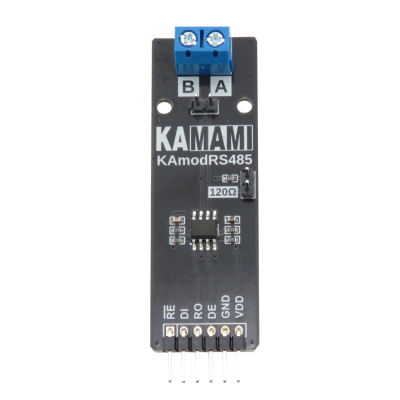 The KAmodRS485 module is equipped with a jumper that allows to connect a 120Ohm terminating resistor to the RS485 bus line.

The KAmodRS485 module outputs are led out on the screw and goldpin connector, which allows easy connection of the system to the bus.